Rosetta Mission Update: Space Exploration History Will Soon Be Made 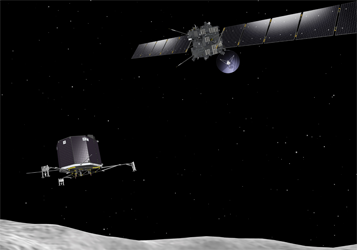 A journey that began over 10 years ago is set to reach the history books on November 12, 2014, with Lika Electronic at the forefront. The European Space Agency's Rosetta Mission will attempt to deploy its lander onto the surface of Comet 67P.

The European Space Agency's Rosetta is a cornerstone mission to chase, go into orbit around, and land on a comet. ESA's pioneering spacecraft launched on March 2nd, 2004 and designed to enter the orbit around the comet 67P/Churyumov-Gerasimenko in August 2014. Rosetta is equipped with OSIRIS - Optical, Spectroscopic and Infrared Remote Imaging System. OSIRIS is the eye and the imaging recorder of the comet chaser throughout its long journey to the 67P comet. Both the Wide Angle Camera (WAC) and a Narrow Angle Camera (NAC) of Osiris are fitted with Lika's IP38 SPACE incremental encoders. Lika Electronic has been recognized as the first company in Italy and the second in Europe to manufacture an encoder intended for space applications.

Click here to view more on the details of how Lika has been involved with space exploration.